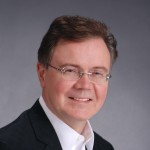 Dr. Wilkie is a leading Canadian Urogynecologist and Gynecologic Surgeon. He has extensive experience and has introduced several minimally-invasive state of the art surgical techniques to avoid hospitalization.

A native of Vancouver, he obtained his Medical Degree at the University of British Columbia. After medical school he interned in New Zealand and England. Dr. Wilkie went on to complete a Residency in Obstetrics and Gynecology at the University of British Columbia (UBC). Sub-specialty training followed in Urogynecology at St. George’s Hospital Medical School in London, England. He is a Fellow of the Royal College and Surgeons of Canada.