With this latest grant, the Bill & Melinda Gates Foundation has now committed $25.9 million to the project. 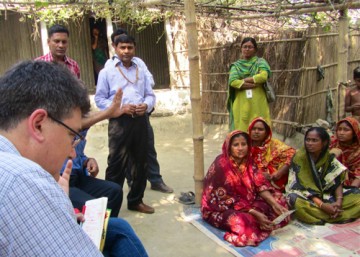 A project aimed at preventing deaths of women and their babies from pre-eclampsia got a boost recently with a new $1.5-million grant from the Bill & Melinda Gates Foundation.

The grant will expand efforts by Peter von Dadelszen, a Professor of Obstetrics and Gynaecology, to improve diagnosis and care for pregnant women with pre-eclampsia, which is high blood pressure during pregnancy. It’s the second-leading cause of maternal death worldwide, killing 76,000 women a year – almost of all of them in low- and middle-income countries of South Asia or Sub-Sahara Africa.

The project, Community-Level Interventions for Pre-eclampsia (CLIP), provides training and resources to help health care workers in remote or underserved areas better identify and care for women at risk of pre-eclampsia. The new grant will fund expanding the trial from its current locations in Nigeria, Pakistan and India, to Mozambique. Together, these four countries bear over half the global burden of maternal and newborn deaths.

This trial is part of a larger project, Pre-eclampsia and Eclampsia Monitoring, Prevention & Treatment (PRE-EMPT) to develop and test new strategies to reduce the death toll from the condition. Led by Dr. von Dadelszen, it includes researchers, clinicians and experts in Africa, Asia, the Pacific, Europe, and North and South America.

This new grant brings the total funding awarded from the Bill & Melinda Gates Foundation to PRE-EMPT to $25.9 million.

“This is great recognition by the Gates Foundation of this vital global partnership, which I have the immense honour to lead,” said Dr. von Dadelszen, a Senior Clinician Scientist at the Child & Family Research Institute at BC Children’s Hospital. “Its legacy, and that of our global team, will be counted in the thousands of women’s and infants’ lives saved. The findings of this trial may be as pertinent in rural and remote Canada, as they will be throughout less developed countries.”

This announcement comes just as the research team has published new findings in PLOS Medicine showing that their in-the-field method for diagnosing and assessing the degree of risk from pre-eclampsia is accurate 85.5 per cent of the time at identifying women with a greater-than-average risk of developing a potential fatal complication of pre-eclampsia such as seizures, stroke or failure of the lungs, kidney or liver. The method, known as miniPIERS, is based on the woman’s symptoms, clinical examination and simple lab tests — or without any lab tests whatsoever. 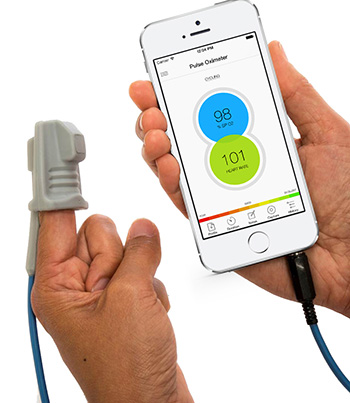 The miniPIERS (Pre-eclampsia Integrated Estimate of RiSk) model is embedded within a simple mobile-phone app, called PIERS on the Move, that was devised by Dr. von Dadelszen and his team. The app prompts health care providers to collect and input clinical data, calculates an overall risk score, and provides information for further treatment that’s based on the latest research. With this information, caregivers can administer medication and arrange urgent transportation to a larger health care facility if needed.

The development of this app was featured in a new publication in the IEEE Journal of Biomedical and Health Informatics. Developed in collaboration with Mark Ansermino, Associate Professor in teh Department of Anesthesiology, Pharmacology and Therapeutics, and Guy Dumont, a Professor in the Department of Electrical and Computer Engineering. The app is paired with the Phone Oximeter, a device that uses a probe attached to a patient’s fingertip to measure oxygen saturation in the blood; the data is then relayed to a mobile phone, tablet or laptop.

“The fatal complications of pre-eclampsia are usually preventable,” says Dr. von Dadelszen, a consultant in Maternal Fetal Medicine at BC Women’s Hospital & Health Centre. “Too many deaths in Asia and Africa are because women are arriving at hospital having already suffered strokes or lost their baby. We can prevent this with training, community education and technology.”