The devastating 2009 H1N1 outbreak that killed 18,000 people may have played an inadvertent but instrumental role in ushering in the next big thing in maternal and infant health.

The pandemic spread so quickly that both Health Canada and the US Centers for Disease Control advised at-risk populations, including expecting mothers, to be vaccinated. An estimated 41 per cent of Canadians followed the advice, including an estimated 47 per cent of pregnant women – a significant improvement over seasonal flu immunization coverage in years past, where an average of 15 to 22 per cent of women in their reproductive age received the flu vaccine.

While multiple studies had assured women of the safety of vaccination during pregnancy, the heightened awareness created by the H1N1 outbreak and the subsequent availability of new data specifically from pregnant women and infants are setting the stage for its arrival as a bona fide public health strategy. 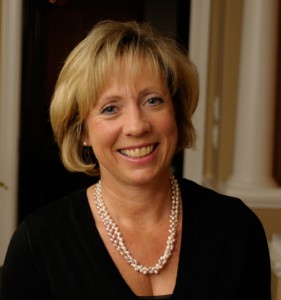 “We’ve always known that mothers who had been exposed to a virus or bacteria can pass protective antibodies on to their babies through the placenta,” says Dr. Deborah Money, a Professor in UBC’s Dept. of Obstetrics and Gynaecology. “But can we encourage this ‘pre-loading’ of immunity by vaccinating women during pregnancy to protect newborns in the first few weeks of their lives, when they’re most vulnerable?”

A small handful of studies show the idea holds promise. A 2008 John Hopkins study, for example, found that infants born to mothers vaccinated with the flu vaccine were 63 per cent less likely to contract the flu themselves. But sufficient data to boost the confidence of pregnant women and their primary care providers were hard to come by.

“Historically, pregnant women were not eligible to participate in randomized clinical trials of any drug, including vaccines, because we were uncertain about side effects that could affect fetal development,” says Money, who is also vice president, research at BC Women’s Hospital.

The time is right

That may be about to change. The new onslaught of robust data following H1N1, combined with decades of safety records from widely used vaccines such as measles, polio and smallpox, and a positive shift in perception towards vaccinating pregnant women have now made it possible to attempt a large scale clinical trial that would finally put to bed doubts over efficacy and concerns over risks.

Money is now leading the Vancouver portion of a national study using the pertussis vaccine, which protects against three diseases: tetanus, diphtheria, and the potentially deadly whooping cough (pertussis).

Known for its violent coughing fits, whooping cough is especially risky for young infants – half of the infants who get it are hospitalized. The disease is currently experiencing a resurgence in North America with over 48,000 cases reported in the U.S. last year – the highest number of cases since 1955.

“As a result, pregnant women and women who recently gave birth are encouraged to get booster shots for pertussis,” says Money. “We saw the opportunity to not only protect these babies but also collect definitive evidence that this strategy works.”

The team is in the midst of recruiting participants across the Canada who will receive the vaccine during their 34th week of pregnancy and have their blood and breast milk – as well as the baby’s cord blood at the time of delivery – collected and analyzed.

If the results turn out to be what the team expects, a long list of infectious diseases, including influenza, pneumococcus and meningitis, and potentially group B streptococcus, cytomegalovirus and respiratory syncytial virus, could be a thing of the past.

“In Canada, maternal vaccination could substantially reduce risk of infectious diseases in newborns, especially for rural and low-resource communities where there are much higher rates of infant deaths,” says Money. “There is also enormous potential for impact in low resource regions of the world, like sub-Saharan Africa, where the morbidity and mortality of infant infectious diseases is still staggering.”