The theme for the 2023 forum is Wellness in the academic and clinical workspace.

The objectives of the 2023 Dr. Fred Bryans Faculty Forum are to:
– highlight the spectrum of research of our faculty,
– cultivate new collaborations across divisions and specialties,
– share strategies for knowledge translation and evidence based practice.

CME: Royal College of Physicians and Surgeons of Canada, MOC section 1 credits to be advised.

Keynote Speaker: Dr. Paul Mohapel, PhD (Psych)
Title: “Resiliency: How to thrive in these challenging times”
Bio: Paul is many things: consultant, lecturer, educator, researcher and facilitator. No matter which hat he is wearing at any given time, he believes effective leadership requires a holistic approach that requires emotional, spiritual, social and systemic thinking skills. Paul has always been interested in both the biological and social underpinnings of leadership. After receiving his doctorate in psychology from the University of Victoria, Paul worked as a neuroscience researcher for several years at Lund University Hospital in Sweden. He later returned to Canada to pursue a master’s degree in leadership and training at Royal Roads University. Drawing on his extensive knowledge of the brain, psychology and leadership, Paul now designs and facilitates workshops in organizational development. 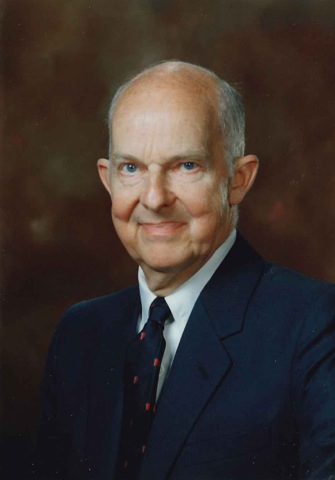 Dr. Bryans graduated in medicine from the University of Toronto in the class of 1946, and then from the residency program in obstetrics and gynecology under Dr. D.E. Cannell.  Afterwards he completed research at Harvard University, and attended leading cancer treatment centres in Europe.

His professional career was spent as a geographic full-time faculty member in the Department of Obstetrics and Gynaecology at the University of British Columbia. In 1960 he became professor and chairman of the department, a position that he served with distinction until 1978. During his 18 years as department head, he established strong educational, research and clinical programs – many at a Provincial level.  He fostered a unique, supportive environment with a friendly, collegial atmosphere among faculty, trainees, and supporting staff members. He retired in 1989, but remained active as a Professor Emeritus in departmental and university affairs until shortly before his death at the age of 85 years.

During his distinguished career as teacher, academic, and practicing obstetrician and gynecologist, he received many important awards.  Of some pride to Dr. Bryans, graduating classes of the UBC Medical School repeatedly honored him with Best Educator awards.  He taught with humour and kindness.  He was also a recipient of the Queen Elizabeth II Silver Jubilee Medal.

Dr. Bryans was an accomplished generalist. His diverse publications include scholarly works on endocrinology, cancer, congenital abnormalities, and urinary incontinence.  As testament to the gifted surgeon that he was, complex cases were referred to him by colleagues from all areas of the province.  He contributed hugely to the health care of the women of British Columbia in a career that spanned two generations.

Education and research endeavors were supremely important to Dr. Bryans. Thus, his legacy of support for research continues in an endowment to the Department.